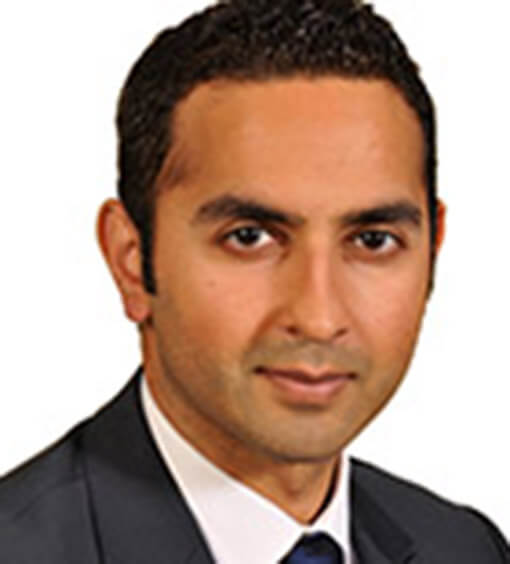 Dr. Adnan Sharif graduated from the University of Edinburgh in 2002 and underwent his medical and nephrology training in Cardiff and Birmingham respectively, while achieving his research MD in the field of post-transplantation diabetes. He took up his Consultant Nephrologist post at the Queen Elizabeth Hospital Birmingham in 2011 with a special interest in renal transplantation but clinical responsibility in all aspects of nephrology. He retains an active research focus and is currently Chief Investigator on a number of prospective cohort and randomized clinical trials (e.g. CAVIAR, FITNESS, AGEING and EpCOT). He has recently been appointed to the Board of Trustees for Kidney Research UK.

In addition to his clinical and research interests, he is the secretary of the non-Government Organization Doctors Against Forced Organ Harvesting (DAFOH) which campaigns against illegal and unethical organ procurement around the globe and was nominated for the 2016 Nobel Peace Prize. He also sits on the steering committee for Give A Kidney, a registered charity that promotes non-directed altruistic kidney donation. Finally, he is a member of the National BAME Transplantation Alliance that seeks to promote blood, stem cell and organ donation from minority ethnic groups in the UK.